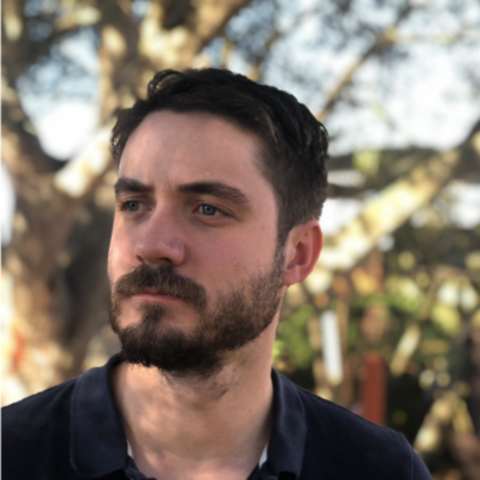 My name is Alex and I serve as a graduate researcher at CSI while pursuing a PhD in political science. My primary research interests are the politics of inequality, with a particular focus on the political effects of personal debt, such as student loans and credit card debt. My experience as a researcher at the center has informed my research interest by showing me how real and immediate the impacts of policy change are upon the lives and lived experiences of the people impacted. Upon receiving my PhD I plan to pursue a career in either academia or public policy.

I grew up in Northern California, in the Bay Area city of Richmond. I have a learning disability (dyslexia), and due to issues with the local public school, my parents transferred me to a neighboring school district for my secondary education. The stark difference between the two districts laid the seeds for my later interest in how disparities form and propagate.  I taught english in China for a year after my undergrad, then served as an Americorps member with City Year, a federally funded non-profit that places members in low-income, high risk school districts. I was placed at John Muir Middle school, in the Slauson-Vermont area of south central Los Angeles, which further served to sharpen my interest in matters of poverty, inequality and policy.

After my service with City Year was over, I knew that I wanted to continue working in policy somehow, particularly dealing with poverty and inequality, so when I heard about the MPP Program at UC Riverside, my alma mater, it sounded like a natural fit. While I was in the masters program, I became acquainted with several professors in the political science department doing academic work on inequality and poverty, and ended up entering the PhD program in that department after concluding my masters. My current research focusing on the ways in which personal debt structures and informs political beliefs and behavior is a natural extension of my interest in what causes and propogates inequality.

I'm a Graduate Student Researcher at CSI. I've participated in putting together quantitative data for several reports in the past couple of months, mainly but not exclusively working with census data. Projects I have worked on include a report on Black workers in the Inland Empire, and the State of Nonprofits report.