Good Jobs in the Inland Empire 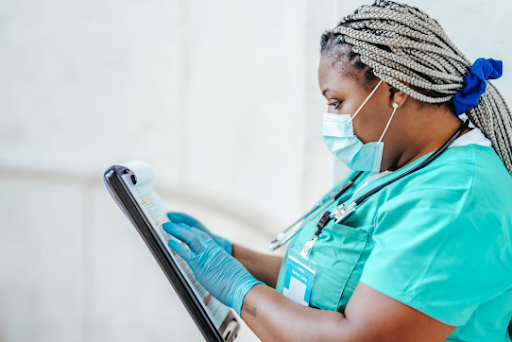 The Inland Empire (IE) has long been a place of opportunity for many in the Southern California region, ranging from access to affordable housing; to employment and educational opportunities; to recreational areas and to arts, cultural, and community institutions. Anchored by its higher educational institutions, the region has made significant strides in research and commercialization in health, clean technology, geographic information systems, and cybersecurity—areas are poised to usher in significant gains in opportunity for upward mobility.

The region, however, has also seen significant growth in industries that are largely concentrated around service,  warehousing, and hospitality work, all of which have not traditionally been viewed as “good” jobs. In particular,  the growing workforce that has been concentrated in these industries has experienced a sort of reckoning due to the COVID-19 pandemic with harsh light being shed on these jobs’ low wages, lack of benefits (including paid sick leave), and instability. While the economy is just starting to show signs of long-term recovery as of this report’s publication, there is an opportunity to dig deeper into what this recovery could look like, and how it can address some persistent, and entrenched issues in the region’s employment landscape. It is with this backdrop that this report analyzes the state of good jobs in the Inland Empire, before, though, and after the height of the pandemic.

The concept of a ‘good job’ universally centers around a  job that provides stable and relatively high compensation to the workers therein. We define good jobs according to earnings, provision of benefits, and weeks and hours of work. It is important to note that the notion of a ‘good job’ should be updated in future research.  With better systematic data collection by government agencies (including measures of injury and turnover, for example), this definition of good jobs can evolve.

Prior to the pandemic, employment, earnings (with caveats), and inequality were growing in Southern  California and the Inland Empire specifically. This was driven largely by growth in good jobs, particularly those requiring a Bachelor’s degree (BA). A smaller share of the jobs in the IE are high-paying, stable, and carry benefits (good jobs) than in the rest of Southern California.  Good sub-BA jobs are less concentrated in industries.

The COVID-19 recession has been more dramatic than the Great Recession nationally, statewide, and regionally. Employment in the IE fell particularly sharply.  Good jobs requiring a BA have fared best, whereas those without a BA have been hit particularly hard with comparable employment declines in good sub-BA jobs and other sub-BA jobs. Within the IE the most affected occupations have been in Personal Care and Food  Preparation. The most affected major industries have been Hospitality, Other Services, and Manufacturing.  Sub-BA job postings have remained high in the IE unlike the rest of Southern California, though there has been a  decline in postings for workers with a BA.

The national, state, and local labor markets are recovering. In the IE the unemployment rate is now lower than a year into the Great Recession though the employment to population ratio remains lower than at any point during the Great Recession. The top 5 employing industries in the IE - Retail, Health Care, Construction,  Education, and Hospitality - have all begun to recover since the pandemic-induced economic trough of June 2020. Employment in Construction and Health Care has grown since the start of the pandemic and employment in Education has remained relatively constant. Em ployment in Retail and Hospitality still significantly lag behind pre-pandemic levels. The industries in which employment remains most harmed are Manufacturing;  Professional, Scientific, and Technical Services; Hospitality; and Retail.

Much like the virus itself which attacks those with preexisting and underlying conditions most viciously, the economic effect of COVID-19 has been to further accentuate the preexisting conditions that persisted in the economy before the crisis. And while these problems have been exacerbated, there is now a window – and an imperative – to act. During the recovery, which is already underway, it is important for our region that we do better than “returning to normal” and use this opportunity to rebuild better with equity and sustainability as core values.

Rebuilding better is critical not only for recovery, but also for long-term resilience, especially in the Inland  Empire. By building a more robust jobs base fueled by innovation, diverse talent, and vibrant local communities, we can strengthen our region’s economic and social assets which could enable the IE to better withstand inevitable future shocks. Pursuing a resilient,  inclusive, sustainable, and equitable (RISE) recovery will take more time and resources than typical past efforts to restore local economies. And while a “return to normal” is no longer an acceptable option, we have the opportunity to not only invest and strengthen good jobs.